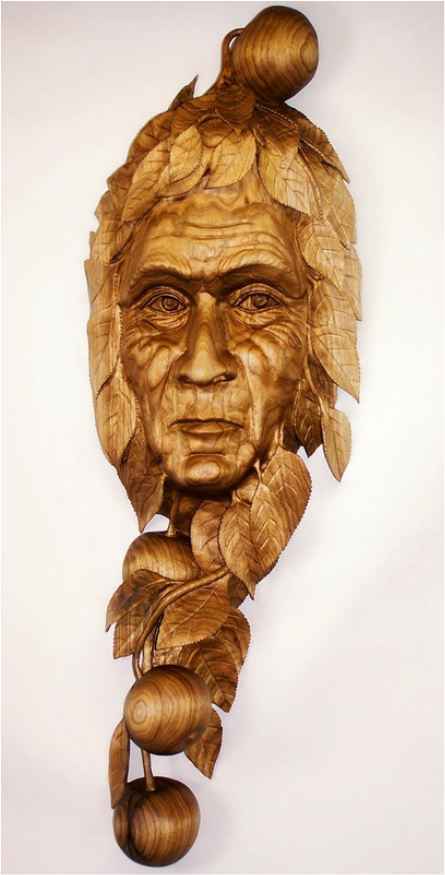 I am a self-taught sculptor who works primarily in wood.  I grew up in Saco, Maine and been carving for over thirty-seven years.  As a subtractive sculptor, I take away from a single block with hand tools, often leaving tool marks behind as a sort of fingerprint.  My preferences of wood are apple, cherry, butternut and walnut.  These are hardwoods with very distinctive grains and colors.  I also work in marble, soapstone, alabaster, pumpkin, ice and snow.

My style is a fusion of realism and neo-classicalism.  This enables the viewer to recognize the subject matter and at the same time allows me the freedom of self-expression. The goal of each piece is to show motion in the subject matter. Whether it be a puffin standing on a rock, with its head turned ninety degrees, inquisitively looking at something that just startled it or a falcon,  half a second from flight.  The sculpture's emotion allows the viewer to recognize a bit of humanity in the subject portrayed.

I have won more than a hundred ribbons, Best of Show awards, prize money and have been featured on TV -  Steve Minich, WMTW segment "Made in Maine"; Doug Rafferty's 'Doug's Discoveries' , newspaper features and Lake Living Magazine.  I now live in Bridgton, Maine with my wife, Loraine and our dog, Lucy.﻿​